Corporate Failures: Are Executives and Advisors To Be Held Personally Responsible? 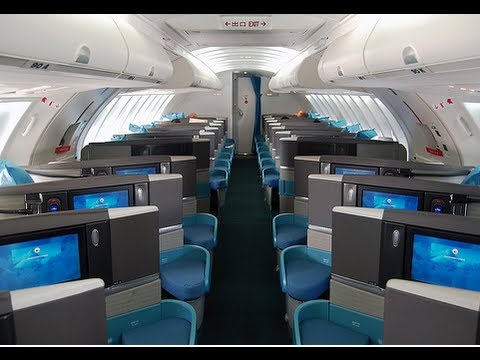 In an attempt to avert the financial crisis of the recent past, regulators are becoming firmer – and with this, grave penalties have been brought down on not just the institutions, but personally on the firms’ executives themselves. While the penalties of late may seem to be somewhat harsh, they do tend to provide a loud and clear warning to financial company executives that the regulators are watching and in so doing, are moving forward with repercussions on those who do not have set systems of control in place for monitoring their institutions’ transactions. Today, risk managers could be the most loved people in these firms. Ignore them at your own peril!

More than just a slap on the wrist

In the UK today, the FSA (Financial Services Authority) is clear – it will hold executives personally accountable and will enforce regulations with significant penalties as is evidenced by a spate of recent high profile fines. The penalties that are being imposed however, are not just restricted to the FSA, nor are they only brought down upon company executives as there have also been numerous auditors who have been the subject of punishment.

In comparison to related issues in the United States however; back in the UK, the FSA may be watching closely for some tips.

President Barak Obama is calling for even bigger penalties for fighting financial related crime. In a recent speech, Obama called for a strengthened oversight and accountability of financial firms by increasing the penalties which can be imposed – including criminal charges. This followed a proposal by the chairwoman of the United States Securities and Exchange Commission to increase the civil penalties for companies which are in violation of the US securities laws. All of this leads to the US taking a much harsher look at financial company infractions – at least for now.

In light of the US’ stance, one of the biggest questions which springs to mind is whether or not the FSA is bold enough to prosecute or impose even tougher penalties on the executives in the UK who are “guilty” of infractions there. And if so, will the auditors on whom the regulators rely also be implicated in any or all of these crimes?

The answer to this could be somewhat blurred in the aftermath of the departure of former FSA head Margaret Cole, a strong proponent of the enforcement process. Provided that her predecessor has the same – or more – clout, in conjunction with the FSA’s merger with the Bank of England, financial service executives could be headed for tighter scrutiny and even more stringent penalties.

Who is really at fault?

In any case, although the fines – and the infractions – may seem mind boggling, the truth is that in many cases, the responsible executives were not even aware of what was going on in the day to day businesses that they were running. The fault does not lie totally with these individuals. However, it does in essence point to the fact that the institutions they were in charge of did not have the correct level of systems and controls in place, probably didn’t take enterprise risk management seriously and failed to embed a risk aware culture.

With that in mind, how can executives better keep their finger on the pulse of what is happening in their respective business operations? The answer lies in the implementation of effective risk management and controls via the proper systems. In other words, take your risk manager seriously.

Are you fit and proper?

While many of these penalized executives were – or are – part of larger organizations, the fact still remains that it is up to these individuals to see that systems and controls are not just put in place but also implemented as they were meant to be. If this is not successfully taken on, then these individuals run the very real risk of being in opposition to what is becoming one of the most important pieces of the Solvency II initiative.

One such requirement in this juncture is abiding by the Solvency II “fit and proper” requirements for those who are involved in key functions with regard to financial related transactions. These individuals will be required to meet the following characteristics:

– Their knowledge, experience, and other professional qualifications will enable them to manage in a sound and prudent manner;

– They possess proper integrity and are of good repute.

In addition, with regard to undertakings that involve insurance and reinsurance, supervisory authorities shall be notified of any changes in the identity of those individuals who will be effectively running the undertaking or are responsible for other key functions.

These rules are applicable not just to executives and upper management personnel in the organizations, but to any and all individuals who are essentially running the operation. These can include those who are involved in the areas of compliance, actuarial functions, and internal audit employees.

In ensuring that all of the individuals in these roles are considered to be fit and proper, the organizations should be required to have documented policies in place for accessing their qualifications. In this regard, insurers should be able to effectively demonstrate that they have sufficient expertise or at the very least, have the ability to access such expertise when needed.

The moral of the story is… While nobody knows exactly what the future holds, it is possible that the fines – and possibly even more harsh penalties such as prison sentences for non-complying executives such as in the US, could continue. In any case, it would appear that the ultimate message from the FSA is that no longer can executives take a lax view on managing risks and putting into place the proper systems and controls. Otherwise, the penalties, as well as the ultimate responsibility, will fall personally on these individuals.

The key then, is to ensure that not only are systems put into place, but that they are followed to the letter in all transactions. In addition, whereas risk management was previously seen as hampering commercial progress, it today should be seen as much more a guideline to “stay out of jail” – a road map of sorts that can keep both companies and those that manage them in line with the new and tighter regulatory requirements going forward.

It stands to reason that the ultimate bottom line lies in financial executives pinpointing where they need tighter controls within their respective organizations and then following these methods to the letter. Certainly one way of making sure they are headed down the correct path is to retain close ties with their risk managers and to strictly adhere to the recommended processes. Otherwise, these execs could be taking a very large gamble.