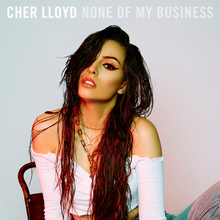 New applications for US mortgages rose for the first time in five weeks. Demand for home refinance loans jumped to its highest level in 14 years as interest rates hit 20 year lows. The report serves as a rare bit of good news for a housing market which has struggled since federal tax credits for home buyers expired in April.

The report showed an increase of 7.5 percent in its seasonally adjusted index, which accounts for both purchase and refinance applications. The four week moving average, which is intended to smooth out weekly volatility, was also up, by nearly 5 percent.

Borrowing costs on a 30 year fixed rate mortgage, not including fees, averaged 4.6 percent, down slightly from the week before and the lowest in the history of the survey, which has been around since 1990. Interest rates were also well below their 2009 levels of 5.3 percent.

The seasonally adjusted purchase index, used as an indicator of future sales numbers, increased just under 3.5 percent after hitting a 13 year low the previous week. Demand, meanwhile, is down a staggering 42 percent since the federal tax credits expired. Analysts say that the market is still trying to reach a bottom since the credits expired, and this should continue through the next several months before a slow upward trend begins. Experts predict a steady growth within the job market to provide much needed support to housing going forward.

The seasonally adjusted index of refinance loans reached its highest level since 2009 after an 8.5 percent jump as borrowers look to cash in on historically low interest rates. They also reported the average rate for a 15 year mortgage reached a new record low of 4.04 percent, after the previous week’s record of 4.11 percent. The average rate on a one year adjustable rate mortgage, or ARM, also fell, from 7.21 percent to 7.18 percent. Meanwhile, it was reported earlier in the week that US housing starts for June reached their lowest level in 8 months.

As the time flies, gender is not anymore to be the reason why women can’t enter the business world. Even though women are considered to have character that are difficult to understand, but that what […] […]