A Safer Alternative to Investing in the Big Bank Stocks 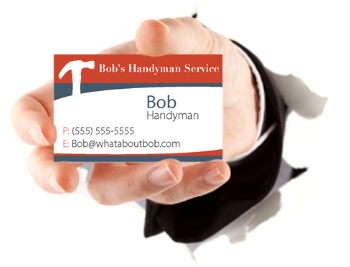 Investors need to think twice about investing in big banks for the long-term, at least until they prove their ability to become profitable and responsible. Although the financial services sector is fairly attractive when an economy steers itself out of a recession and people, who have returned to work, need to borrow and stimulate the economy, there are many better financial services plays out there than the “big banks” that so many people seem to be investing in.

In fact, regional retail banks are quite possibly among the safest and most sound investments in this area, particularly those that have remained profitable throughout the recession thanks to their already existent, prudent lending practices and, if luck can count for anything, their geographic presence.

But first, let’s take a quick look at why the big banks are such bad, unwise investments today.

Back in 2007 when the big banks announced that they were having trouble and they would need the government to bail them out, their share prices dropped quicker and deeper than even the most pessimistic observer could have predicted. In many cases, a lot of bank employees were out of work, the losses mounted and income either disappeared or was significantly reduced.

Changes were ordered, both by regulators who felt the big banks had become risk-ignorant institutions that could not devastate even the largest countries and economies. Unfortunately, if the banks were indeed big risk takers, the regulators were the complete opposite, forcing the pendulum in the other direction and overshooting that happy medium where banks and regulation could co-exist.

Two things can happen. Either they adapt and excel (because it is possible for banks to prosper while simultaneously falling under strict regulation, simply look to the Canadian banking system or how properly managed and successful financial institutions managed fine over the past 3 years) or they fail. That is a big risk.

Consequently, the safer investment is a proven one. And many smaller, regional retail banks have proven track records (and growing equity positions) to show just what a safer investment really is.

With this in mind, investors are urged to avoid the “rush” back into those “big banks” that ultimately caused the economic issues of the past several years and, if they want to profit properly, invest in banks that have the right track records (and better dividends in many cases).

Inspiring business story is very beneficial to learn by everyone. It’s because in fact, creating a business opportunity is not easy. No wonder that there are many people who need more motivation to run their […] […]